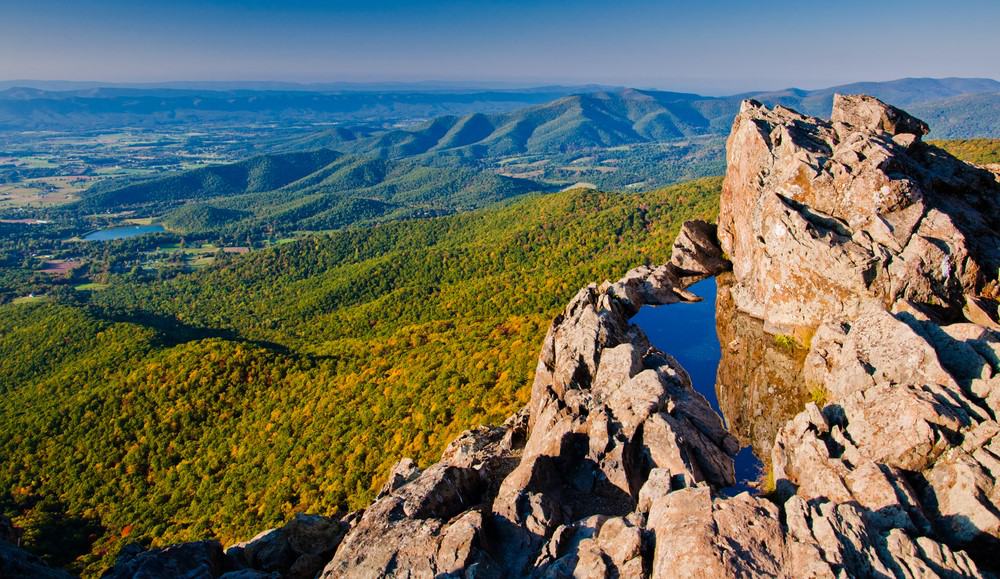 Best Time to Visit Shenandoah National Park extends along Blue Ridge Mountain in the beautiful state of Virginia. It is just 75 miles from Washington, D.C.

Shenandoah Valley, Virginia, attracts a buzz of activities during holidays and fall weekends, with October being the busiest of all months. You may do well to book accommodations at least 12 months in advance.

Shenandoah Park hasn’t had the same unmistakable reputation as other parks. However, if you’re confident you want some adventure, its pastoral valleys and green ridges may be exactly what you envision as an adventurer.

While the best time to visit Shenandoah National Park is during the weekdays and spring from June through October, this guide helps you learn more about the park and what you need to prepare for to achieve an unforgettable adventure.

What Should I Know About Shenandoah National Park Before Visiting?

With only 200,000 fields, and a solitary road leading straight to route heads and campers, you can visit all the beautiful scenery in a short while.

If you decide to camp at a lodge at the heart of Skyline Drive, you’ll travel to, and probably reach, all corners of the park without spending lots of time in the car. There may be some traffic along Skyline Drive, especially on summer and fall weekends.

Unlike some parks, where accessible nature trails reveal spectacular views, Shenandoah’s most famous trek is also one of the most difficult to handle.

It’s a nine-mile circle to Old Rag, at 3,200 feet—offering a spectacular rocky top with incredible views. However, this spot is one of the most remote peaks, with a five-mile hike to the top that involves rock scrambling.

If you want to enjoy the experience, arrive before 7 AM to avoid the busiest times—the route sees over 100,000 tourists every season.

best hikes in shenandoah national park, Get ready as well—Old Rag is a popular destination for mountain search and rescue crews, with several people having to be airlifted and carried down the peak each year. Readiness will help you ward off a horrible hiking experience.

The Shenandoah Valley features various best wilderness fishing on the East Coast, thanks to a healthy local fishery that sustains the crown jewel of southern Appalachian streams: native brook trout.

Be prepared to work out every strike, given the narrow nature of the waters, which contain large rocks, cascades, and waterfalls.

When to Visit Shenandoah National Park: A Month-By-Month Breakdown

Shenandoah Valley’s foliage presents brilliant shades of orange, gold, and crimson in the fall. These natural exhibits attract leaf enthusiasts from all over, rendering fall the park’s busiest season.

Those that face the crowds are awarded exceptionally spectacular views of the park, although they may have to settle for less popular trails to avoid fellow hikers.

The climate in Shenandoah can reach highs of 60 degrees in September and plummet to 50 degrees in November, though lows come down to the 30-40 degree range.

Skyline Drive is open throughout the winter, though it may take several days for construction crews to repair the park’s most famous highway; despite this, not every path is packed.

The park’s extensive hiking routes are open all year, though accessing and crossing them may be difficult for those without prior experience.

Finally, the outcome of your winter vacation in Shenandoah National Park will match your preparation. As much as possible, fill up your fuel tank before entering the park and have winter clothes and blankets at hand.

Shenandoah’s spring temperatures range from the mid-40s to the mid-60s on typical days, with a few days experiencing the 70s.

Visitors should expect a wide range of temperatures when exploring the park in the spring. You should have raincoats on your packing list to handle unexpected showers.

Spring is among the best periods in the park, so plan to take advantage of this when possible. Over 862 wildflowers bloom within the park’s confines, and migratory birds pass through in route to the north.

Popular Shenandoah Valley trails pull large crowds during this time, including parking lots;  therefore, arrive at or before 8 AM or choose lesser-traveled routes.

Summer in Shenandoah Valley Virginia is warm and humid, and Shenandoah National Park aligns with this, with highs averaging the mid-70s.

Bring lots of water and sunscreen to avoid dehydration and sunburn when going for long hikes. Warmer weather attracts a more significant tourist number; therefore, get ready to encounter crowds in the park’s most popular areas.

Summers in the mid-Atlantic and south are oppressively hot, but Shenandoah Valley remains cool, with mountain temperatures being ten degrees cooler than the valleys below.

Expect highs in the teens to mid-70s. Many swimming holes and waterfalls scattered all over Shenandoah National Park will help you manage the sweltering hot months.

Consider backpacking to manage the hiking trail and staying in shelters in mid-July going through into August.

It rains a little during the summer, and lightning storms accompany those rainstorms. In the summer, though, it rarely rains all day, giving you the freedom to explore more. However, it can get quite hot, so make sure to dress appropriately. The summer months exhibit temperatures as follows:

Shenandoah is famed for its fall foliage. It boasts a lavish oak canopy that fully develops in October, attracting many leaf enthusiasts searching for content for their social media posts.

Shenandoah is close to Baltimore and Washington, D.C, rendering it popular on holidays. Expect traffic jams on Skyline Drive—overcrowded campgrounds and hotels. Nevertheless, you can still visit the park in the autumn.

The natural color exhibition is stunning, which matches the pleasant weather around this time. You could head into the hinterlands to avoid the crowds.

Consider the RipRap Route, a 14-km loop that winds deeper into the forest canopy, past waterfalls, and rocky outcroppings. Also, before leaving, subscribe to the park’s autumn color alerts to stay notified when peak foliage occurs.

January and February are pretty moderate, with temperatures ranging in the 20s and 30s. Snowstorms are common in the park, especially at higher altitudes, and you’ll often see Nordic skiers lapping around Big Meadow after major storms.

There are highway areas of Skyline Drive that are inaccessible during rigorous weather: the park’s accommodation and campgrounds are also locked down from November to March.

Although services are minimal, it’s the perfect time to visit Shenandoah if you prefer the quiet.

Long-range sights that aren’t easily visible during the summer include freezing waterfalls and wildlife such as bobcats and foxes, who are more alert in the cold seasons.

Similarly, the Appalachian Path, a summer wildlife park, is deserted between November and March.

Shenandoah National Park is tranquil in the spring. The campsites open in late March but April snows at higher altitudes, often keeping the tourists away.

The park is home to 850 different wildflowers, which put on a spring show that competes with the more popular and crowded fall foliage duration.

Wildflowers blossom around late March; however, it isn’t until April that the pink lady’s and trillium bloom bring a distinct sight. The area is covered in Pinxter flowers when May arrives.

Inspect park service’s wildflower schedules to determine when the most popular varieties are in bloom; however, note that Big Meadow and Skyland don’t open to visitors until May.

Weather During the Spring

There is a little more rain in the spring, bringing a rich green hue. Here’s a breakdown of the weather by season:

How Can I Avoid Crowds When Going to Shenandoah National Park?

Shenandoah pulls smaller crowds than other parks like Great Smoky Mountains National Park. While car parks can get congested with heavy traffic on Skyline Drive, there are ways to avoid the enormous crowds of people.

For instance, getting up early is essential. If you start your journey at 7 AM, the parking area will be relatively empty, giving you ample space. This timing also applies to your travel along Skyline Drive.

The Big Meadow region is undoubtedly the most popular, with multiple hiking routes surrounding it. Despite this, not every path is packed. For example, the park’s south end receives less human traffic than the core section.

Shenandoah National Park is a unique park. It is easy to access, has ample wildlife-spotting opportunities, and blends with stunning mountain views.

A relaxing weekend in Shenandoah is worth your time, as long as you understand the opportunities and challenges that come with each season.

At this time, fall comes with its warm shades that dot the park, bringing a twist of autumn that graces the park’s panoramic views and scenes.

During this time, crowds are in abundance, well throughout the summer. When winter knocks, weathers keep off most visitors, except for dedicated hikers who practice their sport off Skyline Drive.

Looking for a solo road trip in America? Check out these Top 3 Destinations!

Things to Do in Hot Springs Arkansas