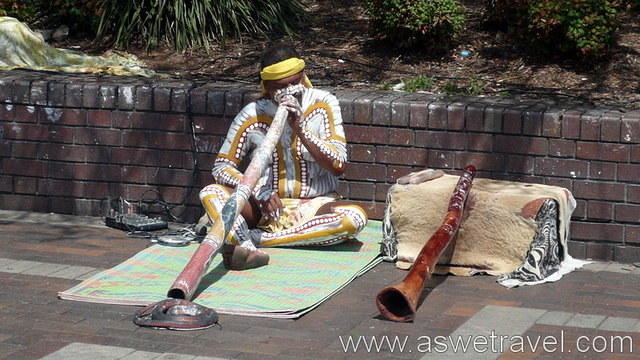 Weird and Interesting Body Art from Around the World – For as long as history dates back, people from around the world have put a lot of pride and effort into body modifications – everything from piercings and tattoos to scarification and deformations.

The reasons are all different. Some do this for religious reasons, others for self expression, aesthetic reasons, or shock value. For some it’s a cultural ritual.

Whatever the reason, I believe they all have one thing in common – to tell, and share something about themselves.

Telling people who they are, what they believe in, or maybe where they come from.

Good Ways to Learn Something New

Weird and Interesting Body Art from Around the World

I think it’s fascinating when you travel to see all these different styles of body art around the world, and I’ve also noticed that more and more seem to start blending together.

Many of the body art you can find around the world is still too much (over the top) for many people in the West to handle, so today I am going to share the 5 I personally am most fascinated by:

Scarification is present in many cultures, especially in Africa, and also in Papua New Guinea.

In the Sepik tribe in New Guinea scarification is an initiation rite for young men.

They slice the mens’ chest, back, and buttocks with a bamboo edge to test their strength and self-discipline.

The Sepik tribe believe that crocodiles created the humans, and the scars in their scarification represent teeth marks of the crocodile that “swallowed” the young man during the ceremony.

Scarification in the West is growing in popularity, as a way for young people to stand out and be ‘different’.

In some African and Asian cultures a long neck is seen as the ideal of beauty, and to achieve this ideal they use neck rings to stretch their necks.

Neck rings are a number of spiral coils that are added on gradually to stretch the neck, and put weight on the shoulder blades to make them deform causing the illusion of a longer neck.

Tattooing has a 2000 year old history.

Originally it was used as a punishment for criminals, to brand them so that they could be identified as criminals and outcast of the society.

In Japan they would covered these marks up by making full body tattoos to hide them.

This style of tattooing became really popular when it reached the bigger cities, and was also used as a revolution towards the strict laws.

Communing with Nature In a Kimono

One of the most bizarre nose piercings are the ones the women have in the Apatani Tribe in India.

This tribe is pretty mysterious, they have no written history and traditions are passed by mouth from generation to generation.

One of their traditions is the big nose plugs the women have in both nostrils.

It’s said that because the women of this tribe were the most beautiful women among the Arunachal tribes, they used to be kidnapped by neighboring tribes.

The nose plug was born as a way to protect the women from the other tribes by making them ugly.

However, this custom will soon be gone and forgotten, as it hasn’t been practiced on anyone born after 1970.

Lip plates are worn by both women and men in many different countries across the world, all for different reasons.

In some countries the largest lip plates are worn by the best war chiefs, in others it represents maturity and a sign that a girl has become a woman and is ready for marriage.

The head was considered the most sacred part of the body, and because tattooing caused ‘blood to run’, the tattoo craftsmen, or “tohunga-ta-oko”, were very tapu persons.

All high-ranking Māori were tattooed, and those who went without tattoos were seen as persons of no social status.

Certain Maori tattoos are still only accepted by special people, and the Maori people can get very upset if their rules and traditions are ignored.

What is the weirdest or most interesting tattoo, and body art you have ever seen?