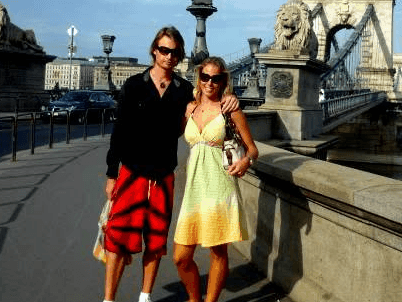 Best Girls Underwear For Travel ~ Is girls underwear for traveling just a waste of money on big granny-looking ugly underwear that won’t dry any quicker than normal, or are they such amazing creations that you shouldn’t leave the country without bringing along a few pairs?

What really is the deal with travel underwear, why should you buy them and do they really work? Today it’s time for AsWeTravel to get to ‘the bottom’ of this….

NOTE: Since this review ExOfficio has released a new travel underwear range (Lacy) which is a lot better in our opinion.

I’ve had my pair every second day for 3 months now, and they’re still just like new, so I strongly recommend them. When you travel, all the problems you had at home seem to become even more obvious, even your underwear situation.

But when you walk a lot, sweat a lot and sometimes don’t have the time or access to wash your clothes while traveling – you suddenly realize how crucial the little things are and how much they can ruin everything if they’re uncomfortable.

Travel underwear claims to be the best underwear for all your traveling situations. Some of the travel underwear descriptions I’ve found look so impressive that you almost forget they are simply talking about a pair of underpants.

What separates travel underwear from normal underwear is mainly the fabric.

Travel underwear is made using special material, that usually has these qualities:

Well, I was curious to know so I got myself a pair of Exofficio underwear  Women’s String Bikini – sounds fancy doesn’t it?!

Here is how I thought they performed:

The travel underwear dried quicker than my other underwear, but my thongs weren’t far behind.

Yes, cotton sometimes can get smelly when you sweat, the travel underwear didn’t.

This is probably the best quality, they feel fresh and clean a lot longer than other underwear, and it’s true you can wear them for longer before they need to be washed (if you need to).

I’ve never heard of heavy underpants, and if they wouldn’t have said they were light weight I wouldn’t really have noticed, the difference is completely insignificant.

However, they were the largest in size (granny panties nearly) of all other underpants I have, so the size made them take up more space, no matter how “extremely packable” they claimed to be.

Yes, the girls underwear do this alright, better than cotton, but the material feels a little strange to the skin

These were the nicest travel underwear I found in the shop, and they look OK on the front, but in the end we all know it’s not the front that’s ever is a problem, its the back – which they never show…

After a few wears and washes, the material started sagging, it felt uncomfortable and the underwear started looking more like a diaper.

If you know you’ll be sweating a lot and wearing the same pair of underpants for more than a few days then underwear are a good option, but the fit is not ideal.

For girls I would suggest the thong style so you won’t suffer from the bad seems and saggy material. If you’re considering underwear for their light weight and “extremely packable” qualities, it’s not worth it.

They’re just like any other underpants, but uglier. The style is a big minus, both in women and men styles.

Another option for you is to get normal sports underwear. They’re comfortable, have the moisture wicking underwear performance and manage to look good.

They don’t have the controlling odor and stain resistance, but if sweat is what you worry about then these should work just fine.

Next year ExOfficio underwear is launching a whole new collection called Lacy, and they sent me a free pair to test. ExOfficio has listened to their customers’ feed back about the not so sexy style, and this new collection claims to be the sexy travel underwear style.

Their new slogan is – 17 countries…6 week. One Pair of SEXY underwear.

I’ve been trying out the Lacy best travel underwear for the last few days, and I must say they’ve done a great job! The updated version of the underwear is better (and sexier) in many ways.

I’ve never liked under wear with a high brief, which is something I don’t need to worry about with these travel underwear.

In a previous post I complained about how I found it difficult to find any sexy under wear (and other travel clothing in general), so I was thrilled to find that this new collection kept their promises.

The Lacy brief is low-cut with a nice, slightly V-shaped front.

The travel underwear material is very comfortable, and the fabric stays close and tight to the skin, no excess fabric hanging on the back like I’ve experienced with other underwear.

I haven’t had the travel girls underwear for very long so I can’t tell you what they will look like in a months time, but so far I’m impressed.

I washed them and followed their instructions on how to dry them (wrap them in a towel and stomp on it) and hung them up in a cold slightly damp climate.

At the same time I washed a sock and hung it up to dry, to compare the two and see whether they really dried faster than a thin sock.

Despite the “bad” climate the underwear dried within a few hours, so they would definitely be dry if you hung them up to dry overnight, especially in warmer climates.

When the travel underwear was dry the sock was still wet, and it would take a few hours more until it would be dry enough to wear.

The underwear is made in a quick drying, odor resistant and moisture wicking material, which feels really nice on the skin. They’re very breathable and even after a hard core half hour workout I’m still comfortable wearing them.

YUP – I’m definitely bringing these travel panties along on my travels, I might even get myself a few more pairs!

The Lacy collection comes in Brief style and thong style, I wish they would have them in a hot pant or boy short style too, but if you want to wear something tight and not get that pantie line showing, the thong works for that.

I hope you enjoyed this girls underwear for travel review of ExOfficio, and go get yourself a pair to try yourself!

Can you travel and still be sexy?