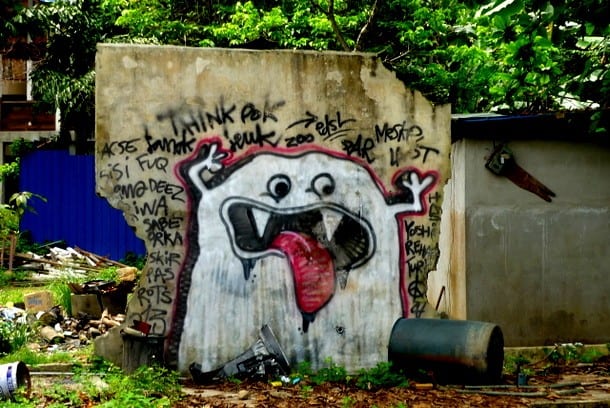 Last Updated on December 14, 2021 by Aswetravel

Culture Shock While Traveling – One of the things you’re likely to face at some point during your travels is culture shock. These can range from the smallest details to massive moral issues, and even on arranged group holidays it’s impossible to avoid, so it’s crucial to learn how to deal with it whenever it shows up.

I’m far from the ideal person when it comes to dealing with culture shock, but after traveling for so many years I’ve been forced to find a way that works, to avoid awkward or downright horrible consequences.

Here are a few culture clashes I’ve experienced, and how I dealt with them.

“Smile and Laugh At It” Tradition

A couple of weeks ago I received a very interesting comment on an old post, where this person complained about how angry he gets when there are misunderstandings between him and locals, then they just laugh it off and make fun of him.

He didn’t say which country he meant, but I had a strong feeling that he was talking about Thailand. In this country, often nicknamed “the land of smiles”, people smile and laugh at everything – especially in awkward situations.

This can sometimes be liberating, but also incredibly frustrating – the Thai people use their smiles and laugh to avoid “losing their face”, or even to help you to avoid “losing your face”.

For example, if you bump your head into a doorway, they point, smile and laugh at you – not in a rude way, but to relieve you from the embarrassment – this in the West usually means the complete opposite, and some people feel offended by it.

How To Deal With It:

Remember why they’re laughing, and the more frustrated and angry you get the more they will try to “cover up” by laughing and smiling.

Don’t show that you’re frustrated, instead work the other way around and smile while you try to get your point across.

Japan is famous as the country where burping is encouraged as a way to show gratitude to the chef. You will find that burping is common and not at all frowned upon in many other countries too.

Whether you take morocco holidays in Africa, or travel east to India and Malaysia, you will be sitting at a restaurant, or walking the streets and almost always hear someone doing a clear, loud and proud burp.

This is not frowned upon at all, but then eating with your left hand is. Apparently, the left hand is seen as dirty as that is the hand you use when going to the bathroom – and since they mush and mix all of their food with their fingers, they keep the left hand out of the way.

The weird part is that before sitting down to eat, they only ever wash their right hand – no wonder the left hand stays dirty..!

How do I deal with it:

Honestly, I ignore it as best as I can. I’m getting used to the burps and nose picks, and I eat the way I want – just because you’re in a foreign country that doesn’t mean that you have to do everything they do.

Value your own health above “fitting in”, and don’t be so hard on yourself – who cares if someone gives you a strange look for eating with your left hand?

You know better, you know if it’s clean or not. Oh, and I ALWAYS carry toilet paper around, I’m not getting near those hoses they have in the squat toilets!

During my travels I have heard the most offensive and obscene comments thrown at me or people around me, and sometimes this is tough to deal with.

But you have to put things into perspective, and not let yourself get sucked in or bothered.

Because the only person who will be affected is you, besides, what you see as offensive, in their culture could actually be a compliment.

A friend of mine spent a whole year in Rwanda, and while she lost heaps of weight, her friend put on quite a lot. The locals they got to know said to her friend “you’re so fat!

You have gotten so fat lately!” Something that’s not very fun to hear as a Western person, but is actually a compliment there.

Finally, culture shocks are part of the travel experience, and one of the things that make traveling so exciting and crazy – see every culture shock as a great experience. Rwanda Safari Holiday

17 thoughts on “How To Deal With Culture Shock While Traveling”