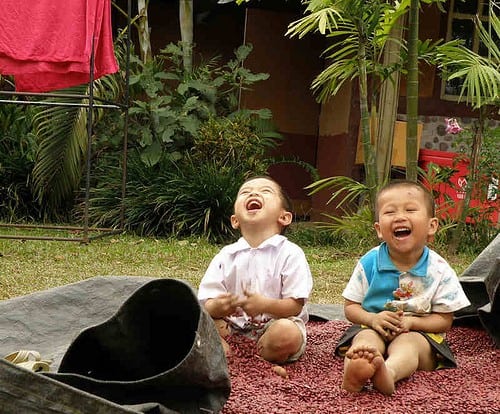 Things I’ve Learned About Thai People While in Thailand

Thai people are always really friendly, no matter if you buy what they sell or not. Thailand really is the land of smiles.

Thai people are often incredibly friendly, and many do smile at you on the street. But most of the times, they look at you, and if your eyes meet and you smile, THEN they smile back right away.

If you don’t smile, however, neither do they. My experience has often been that they smile bigger and brighter than you, when you smile first. Thailand really is the land of smiles. Especially in Phuket where we spent a lot of time. Overall, the people seem non-confrontational and welcoming.

Thailand people street hustlers are not scamming you, they just try to make a living.

Scammer, hustler or just working? There are entire websites and forums out there that only talk about this topic, the scammers in Thailand.

Sure, there are some big scammers around here — as there are everywhere. However, I wouldn’t call the guys trying to sell you crappy suits, tuk tuk rides or ping pong shows scammers, they’re just trying to get by and make a living. They make their money from tourists so it’s only natural they would be trying to get everyone’s attention as they have lots of competition.

And frankly, a truth that some people prefer to ignore, is that they can only live off of our greed and compulsive consumption habits. We want the cheap stuff, we want free – free – free, although we should know that nothing in this world is really free.

When you watch them work the street, see them working for hours on end getting rejected, ignored and yelled at, they deserve a lot of respect.

How many Thailand people can handle getting turned down or treated as though they don’t exist?If you just make sure to tell the Thailand people that you’re not interested in what they are offering, you can often have a nice conversation with them about other things.

When it comes to Thai food and culture, you will quickly observe in Thailand, they serve the man first, but give the woman the larger portion.

First, we thought this was just a random thing, but nearly every time we ate at a restaurant, they always served me a huge portion, and Nathan a much smaller one. Each time, they gave him his food first. It’s the same all over the country. If anyone knows why this is, please let us know!

No matter how early you get up in the morning, most of them will already be awake and working. It’s true, I’m an early bird, but no matter when I get up, it feels like the city has been awake for just slightly longer than me.

People are already in their shops, at the market, or on a moped. The young girls have their hair curled and the middle-aged ladies have already put that same bright pink color lipstick on.

It’s not that the city never sleeps, they just don’t sleep in like we do in the West. (I’m from Europe.)

Thailand mini bus ~ there is no such thing as full

They can always fit one more person in – always. Even if some kids have to hang off the end of the bus, there is still space for more people. One trip, I counted 33 people in our mini-bus which in Europe would legally fit maybe 8 people – CRAZY!

People from Thailand have the most innocent sense of humor. I’ve found Thai people to be very innocent, non-confrontational, welcoming, and gentle people. The men are often very feminine, something which is not just accepted but also encouraged.

The teens dress in a pop rock punk style, but walk around with a teddy bear under their arm, or a furry baby hat on their heads. When they laugh it’s a sweet giggle rather than the manly macho laugh.

What they laugh at is even more innocent. I’ve never seen a whole bus full of people in all ages laugh so much at a filmed live show where a woman pulls a guy’s skirt off and he stands in his knee long underwear.

And every time Nathan bumps his head into the umbrellas put up at the vegetable markets everyone around him breaks into a big laugh and tell all their friends who missed it about what just happened. It’s all really cute, but I wonder what they would think about our Western humor?

One example of a custom

When a new boat gets launched into the river or ocean in western countries we have a ceremony of breaking a champagne bottle. In Thailand, they tie colorful cloth instead.

At the beginning of each season the long-tail boat owners bring colorful cloths to tie to the front of the boat for good luck and ask the spirits to protect and bring prosperity to their business.

This happens during the month of November of every year in Ao Nang, Krabi. There are so many amazing things to do in Thailand. Beautiful sunset in Ao Nang, Thailand.

What do you call people from Thailand?

People from Thailand are called Thai in the singular form and Thais for the plural. Until the 1900’s, Thailand was known as Siam. In 1932, there was a change in their ruling structure. It changed from an absolute monarchy to a constitutional monarchy. What was previously known as Siam was renamed Thailand in 1939.

Thailand is located in southeast Asia. The countries that border it to the north are Laos and Myanmar (Burma); southeast is Cambodia; and the country to the south of Thailand is Malaysia.

If you have been to Thailand, what did you learn about the Thailand people? Have you found the above to be true? Not knowing their language or having friends there, we felt very welcome and had many positive experiences.