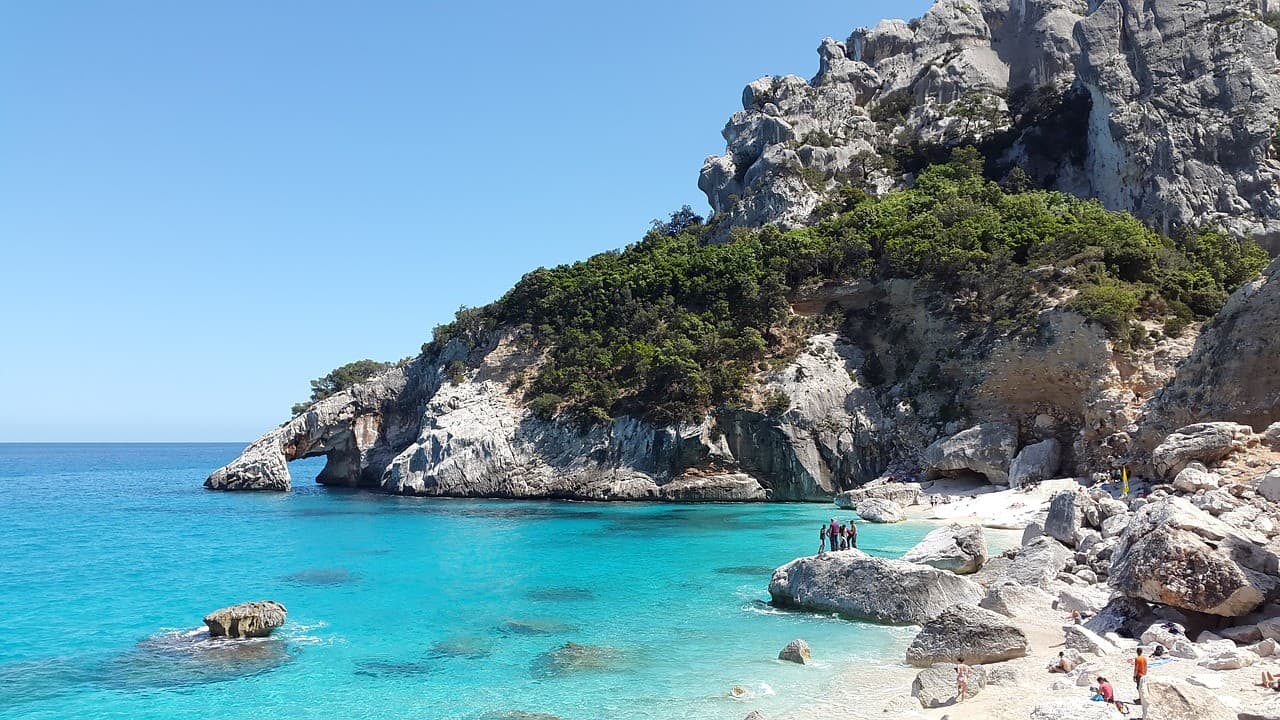 Best Beaches in the Mediterranean – Travelers who love the sights, sounds and smells of the beautiful Mediterranean Sea should consider taking a cruise with stops at multiple destinations.

There are several ways to enjoy the best beaches in the Mediterranean. But how do you decide which highlights to visit?

We’ve put together a list of the most idyllic hot spots so you can take in all the highlights of this wondrously diverse area. You may choose to cruise, go by yacht, or fly directing to these locations.

The island of Corsica is a great choice for cruise passengers, with its clean beaches, palm tree-lined boulevards and temperatures of 30C+ during the summer months.

On the south-west of the island is Cappiciolo, a wonderful stretch of sand that is peppered with secluded coves – perfect for exploring.

There are a couple of restaurants to dine in the middle of the day and a few hidden gems if you care to scramble down the rocky banks.

Thrill-seekers might like to pay a visit to Sant’Amanza in the south of Corsica to try out the best windsurfing conditions.

This sandy beach is popular with locals and tourists alike and is about six kilometers from the town of Bonifacio.

John Steinbeck loved Positano, one of the Amalfi Coast’s most picturesque places, raving that “It is a dream place that isn’t quite real when you are there and becomes becomingly real after you have gone.”

The same could be said about any of the Amalfi Coast’s towns, from quiet Ravello, to charming Sorrento with its abundance of limoncello.

The Isle of Capri, where ancient Roman emperors retired, is still a playground for the rich and powerful.

The cities that make up the Côte d’Azur, or French Riviera, conjure up glamour. The first is St. Tropez, which is synonymous with sun and summer madness.

The second, Cannes, is famous for its film festival and celebrity-watching. Third is Monaco, which makes up for its tiny size with outrageous luxury hotels and casinos.

Despite the glitz and paparazzi in the big resort towns, it’s easy to find quiet moorage on a Mediterranean Yacht Charter in old port towns, to stroll down cobblestone streets, and to watch older men playing pétanque and drinking pastis.

You will definitely get a real feel for the people who live there.

It’s impossible to go wrong island-hopping through Greece. From the old port of Mykonos to famous Santorini, with its distinctive white architecture set against the bluest of seas, it’s beautiful.

There is no shortage of harbors, and the usually calm waters make for smooth sailing. The Aegean Sea borders the Turkish coast as well, and the port town of Bodrum, with its iconic castle, is always worth a visit.

While the red-roofed city of Dubrovnik still bears scars from the Yugoslav Wars, it is regaining its well-deserved popularity as a tourist destination.

This coastline has something for everyone, including several islands: sophisticated Hvar, sporty Brac, verdant Korcula, and wild Vis.

It is wonderful to be able to travel, and if it’s on a yacht in the Mediterranean, that is even better.

Italy is not the only spot in the Mediterranean with a riviera worth visiting – the French Riviera is just as beautiful and if you’re looking for a holiday to help you relax and switch off from the daily stresses of the year, Cassis is the perfect spot.

France’s riviera used to be home to a number of tiny, fishing villages.

Having said that, the old village streets and buildings of Cassis are well-preserved, which means it hasn’t lost any of its rustic 16th century charm and unlike Nice or Saint Tropez, it is possible to escape the crowds even during the high season.

If you do plan on visiting Cassis this year, make sure you take a boat tour around the Calanques (a popular stretch along the coastline, famous for its deep inlets) or inject a little bit of action into your visit by opting for a kayaking tour of the Calanques instead.

You’ll get plenty of time to throw yourself into the water in-between visiting the different sites on the itinerary and you’ll benefit from some enjoyable “active time” on your holiday as well.

Gozo inspires peace and quiet, but it’s far from being a lazy beach resort with nothing going on.

Victoria is a great place to go wandering around in at night. There’s always some kind of activity to enjoy and the “go-with-the-flow” attitude is just the kind of medicine needed if you ordinarily live in a place which demands order, deadlines and routine.

Gozo might be geographically close to the Maltese mainland, but the traditions, accents, lifestyles and dialects of the people living on the island are very different from those on the mainland.

The wonderful thing about Gozo is that it really tempts you to do things you wouldn’t normally do without even realizing that you’ve been cajoled into experimenting.

There’s always a village “fiesta” or party going on during the high season that you’ll be able to join in with, whether travelling alone, with friends, with your partner or with the whole family.

Rabbit is a popular choice on the menu in most restaurants, which isn’t something you tend to see on many menus these days, and mountain bike rides around the island are really refreshing.

You’ll come back a party-loving, rabbit-eating, mountain bike champion and your friends won’t recognize you!

The best thing about living the dream on a Mediterranean cruise is that, if your live in the UK, you’ll have the option of starting your trip direct from the port at Southampton.

There are lots of cruise companies who offer great deals on Mediterranean cruises from Southampton’s port and, especially when travelling with small children, the convenience of this arrangement can be a real lifesaver.