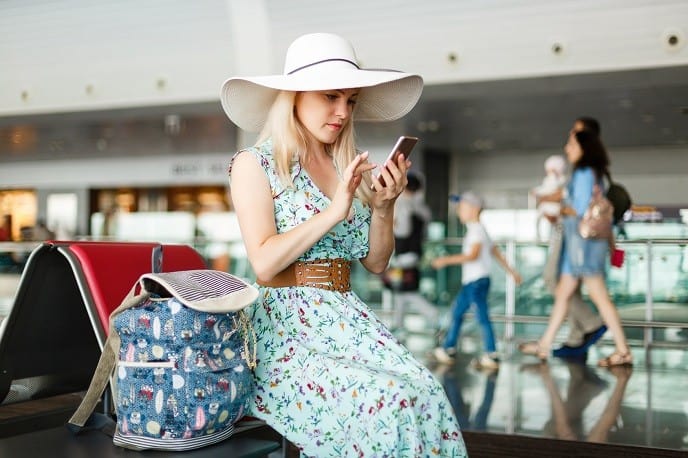 Crazy Airports – I love that feeling in my stomach when the plane lifts off the ground and also when it lands again on the runway. However, I’m not so sure how I would feel if I was ever to land on any of these airports…

Today I will be sharing some of the most crazy, and dangerous airports from around the world.

Gibraltar airport, 500 meters from the city center (!) has a landing strip which begins already out in the ocean with water on both sides.

But what’s really crazy about this airport is that the landing and departure runway intersects with the city’s MAIN road where people and cars constantly use.

Whenever a plane lands or departs, the street has to be closed off.

How about a mountain on one side of the runway and a thousand meter drop on the other?

Lukla is the place where most people start their trek to climb Mt Everest, so I guess the guys who land here aren’t exactly afraid of heights or mountains…

How about landing in “Windy Wellington”?

The airport is called “wild at heart” for a reason, which can be a little scary when landing on such a short landing runway and such strong winds..

Not so much crazy, as cool – this is one of the only airports in the world where planes actually land on a beach.

As the airport must be among the most “natural” in the world, it’s “naturally” lit (by the sun) during the day and a few cars are parked on the parking lot with their lights on during night time to add some “extra” visibility, and the Scotland airport is literally washed away by the tide once a day.

Like to sniff some jet exhaust and relax in your sunbed to the soothing sounds of airplanes landing and departing?

Here you will find people swimming, sunbathing and hanging out on the beach, watching airplanes land just a few meters over their heads – this one tops it as Crazy Airports for me!

The largest airport in the world is King Fahd International Airport in Saudi Arabia, at around 789 sq km in size, the hub has two parallel runways that are each 4,000 meters long.

The passenger terminal has six stories of which three are allocated for passenger processing.

On the opposite end of the scale, the Juancho E Yrausquin Airport on the Caribbean island of Saba is commonly regarded as the world’s smallest airfield.

With the runway just 400 meters in length, aircraft are only permitted to use the airport upon obtaining a waiver from the Netherlands Antilles’ Civil Aviation Authority.

For a truly historic airport, there is perhaps nowhere better than College Park Airport in Maryland.

Established in 1909, this facility is recognized as the world’s oldest continually operated airport and saw Wilbur Wright (who along with his brother Orville invented and built the world’s first working airplane) train two military officers to fly the US government’s first aircraft.

Known as the ‘Cradle of Aviation’, the airport is the location for a number of historic flying achievements, including the spot where the first military mile-high flight by a powered aircraft took place in 1912, while the first controlled helicopter flight took place in 1924.

Visiting Yakutsk Airport in Russia will allow you to experience what could be one of the chilliest travel hubs on the planet as the city is regarded as the coldest in the world.

With the average temperature in January standing at around -39C, upon making your way through the departure lounge after arriving from the likes of Moscow and St Petersburg you will soon start to experience the extremely cold conditions.

Kuwait International Airport is largely considered to be the world’s hottest airport, and with average July temperatures reaching a high of 45.6C – it is not hard to see why..!

Visiting any of the above airports, whether you’re arriving, departing or just on a connecting flight is sure to be a memorable part of your travel experience.

23 thoughts on “Crazy Airports – Strange & Interesting Airports Around The World”